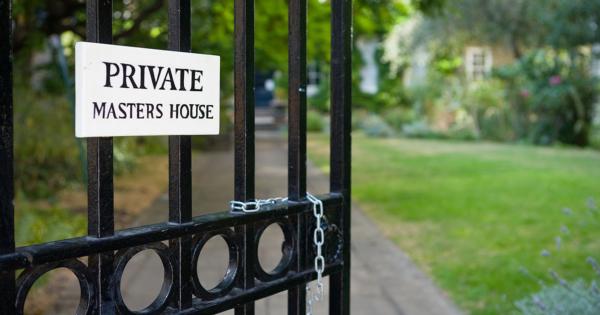 Rice University has announced that it will no longer refer to the heads of residential colleges as “Masters” because of the term’s association with slavery.

Residential colleges at Rice each have their own “faculty master” who lives in an adjacent house and “helps cultivate a variety of cultural and intellectual interests among the students, as well as supporting an effective system of self-government.”

“I think overall the campus agrees that if people are offended, the name should be changed.”

According to The Rice Thresher, the school’s Committee of the Masters began discussing the name change in 2015, and officially endorsed the idea the following year by a 7-2 vote after concluding that the title “fails to capture the complex set of duties and roles expected of us” and could be “unnecessarily alienating to people of color,” which would “interfere with the colleges’ goals of creating an inclusive environment.”

Dean of Undergraduates John Hutchinson and other administrators responded to the committee’s recommendation by tasking the student government with gathering student opinions on the matter, with Hutchinson saying at the time that he hoped to make a final decision by the end of the fall semester.

On February 7, a few months after the self-imposed deadline had passed, university President David Leebron announced that Hutchinson and Provost Marie Lynn Miranda had formally decided to eliminate the title of “master” after reviewing student feedback.

“President Leebron, Provost Miranda, and I were all impressed with the large number of students in the survey who felt that a change in the title was important for creating an inclusive and welcoming campus,” Hutchinson told the Thresher.

Notably, the school still has not settled upon a replacement term, though Hutchinson promised that he would announce his choice by the end of the spring semester, explaining that “the relative slowness on which we have converged on a new title is reflective of the input we got from the student body about the meaning of the title and the importance of the title and what kind of consideration should go into identifying the title.”

The two masters who dissented from the decision to scrap the title, Ivo and Rose van der Werff, expressed a different perspective on the matter, though, telling the Thresher that “the term ‘master’ only has a positive history at Rice,” and that it performs a useful function by distinguishing the heads of residential colleges from faculty whose roles are more academic.

“One African student did say she thought it was strange but, on seeing what the college masters do, and getting to know us, had no issue with the term,” Ivo van der Werff asserted. “There is a small group who have very strong feelings about this and we must respect them but, again, how far do we go?”

“I personally don't find [the term] to be [problematic],” student Sam Herrera told Campus Reform, though he also noted that “the connotations of the term with slavery, as was practiced in this country, was found bothersome by some students/faculty.”

Herrera added that he is “indifferent” to the name change, saying, “if it makes students/faculty uncomfortable, they should be able to voice that opinion.”

“I know some African American students that couldn't care less about the name but there are others thought it was just uncomfortable for them to have to refer to an authority figure as their master,” concurred student Caroline Krawczyk.

“I think the administration just wants to [err] on the side of caution and make sure everyone feels included,” she continued. “I think overall the campus agrees that if people are offended, the name should be changed.”

Krawczyk was even willing to cut the administration slack for taking so long to choose a replacement title, pointing out that “it's going to stick for a long time so they want to make sure they choose wisely,” but also opining that “we could easily call them whatever our peer institutions call them and that would be fine.”

Yale University, for instance, opted for the uninspired “heads of college” when it abandoned the title of “master” last April, just a few months after the University of Pennsylvania changed its “Faculty Master” title to “Faculty Director.”

Campus Reform has contacted Rice University for comment, but did not get a response by publication.