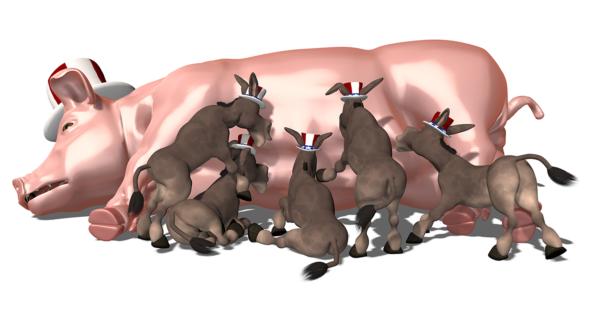 A new report reveals that Ivy League universities are raking in billions in tax breaks on their endowments, bolstering those Republicans pushing to end the free ride.

In a report released Wednesday called Ivy League Inc., government watchdog group OpenTheBooks reports that the combined endowments of the eight Ivy League universities amounted to $119 billion in 2015, enough to provide every undergraduate students with a full-ride scholarship for the next 51 years without adding a single cent from donations or investment income.

"What a lot of people don’t know is that universities get massive tax breaks for their massive endowments."

As non-profit educational institutions, of course, the Ivy League schools are not required to pay taxes on income from their endowments, amounting to “a $9.6 billion tax break on the $27.3 billion growth of their endowment funds” between FY2011 and FY2015.

In addition, the Ivy League received $25.73 billion in federal payments over the same period, resulting in a total cost to federal taxpayers of $41.59 billion over the course of just six years.

Significantly, the report indicates that the eight colleges in the Ivy League “received more money ($4.31 billion)–on average–annually from the federal government than [did] sixteen states.”

Some Republicans had begun to express disgust with this state of affairs even before the latest report, fueling speculation that the tax breaks will be among the items addressed by Congress as part of a larger tax reform package.

On the campaign trail, even Donald Trump took a rhetorical swing at the entitlements, according to Politico.

"What a lot of people don’t know is that universities get massive tax breaks for their massive endowments," Trump told supporters at a Pennsylvania rally. “These huge, multi-billion-dollar endowments are tax-free, but too many of these universities don’t use the money to help with the tuition and student debt.”

Those sentiments have been forcefully championed by Republican Rep. Tom Reed, who served on the Trump transition team, and whose office released an exhaustive blueprint last year for reforming higher education.

A hallmark of his efforts has been the Reducing Excessive Debt and Unfair Costs of Education (REDUCE) Act, which would require universities with endowments larger than $1 billion to spend at least 25 percent of their investment gains on tuition relief for students with financial needs.

Schools that fail to meet that requirement would have an immediate 30 percent tax imposed on their investment income, which could rise to 100 percent with continued violations.

Campus Reform has reached out to Reed’s office for information on the current status of the REDUCE Act, as well as a prognosis as to whether it will be included in broader tax reform efforts, and is currently awaiting a response.