Fundraiser for vets cancelled at AU for 'appropriating culture' 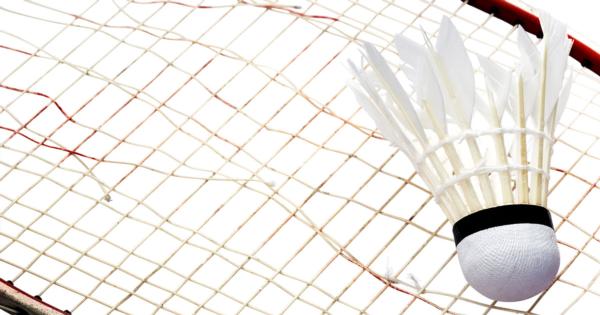 A fraternity at American University has had to cancel a fundraising event for veterans because administrators were worried that the name could be seen as “appropriating culture.”

The name chosen for the event, “Bad(minton) and Boujee,” is a play on the popular rap song “Bad and Boujee” by Migos, which organizers hoped would spur interest in the fundraiser.

”We do not see how a single word which loosely translates to 'high class' should disqualify our entire event.”

Rocco Cimino, the president of Sigma Alpha Mu, Delta Beta, said the frat was simply trying to think of a catchy and engaging name for a badminton fundraiser, given that the sport is “not exactly the most exciting thing in the world.”

“We were trying to plan a philanthropy event that incorporated a sport, as those typically perform much better on our campus,” Cimino told Campus Reform. “Unfortunately, pretty much every sport we could think of was taken. We settled on badminton because we could use Migos's ‘Bad and Boujee’ as a play on words to generate buzz.”

However, the frat soon received an email from Assistant Director for Fraternity and Sorority Life Colin Gerker, who insisted that the name could not be used because it could be considered a form of cultural appropriation.

“I suspect that this event name will be criticized for the use of ‘boujee,’” Gerker asserted. “I know it’s a colloquial term and is popular via Migos, but we have had groups get reamed for appropriating culture before related to situations like this.”

Gerker further explained that the name would have to be changed in order to secure approval for the event, and suggested they avoid any thematic titles that related to “gender, culture, or sexuality.”

“I want to continue empowering a culture of controversy prevention among FSL groups, and give y’all the opportunity to edit before we move forward,” he wrote. “The event will not be approved in [AU’s database for requesting venues] until you/your group comes back with a new name.”

Cimino responded by telling Gerker that everyone in the frat was “perplexed” by the decision to make them change the name, arguing that the frat would have to be mimicking the themes in the song in order for the event to be appropriative.

”Overall, we do not see how a single word which loosely translates to 'high class' should disqualify our entire event,” he contended, adding that “we also do not understand how there is a ‘culture’ associated with boujee and how, even if there is, the event is completely unrelated to the name.”

The response also highlighted the philanthropic nature of the event, which is intended to raise money for “Armor Down,” an organization that introduces veterans to mindful methods for fighting mental health issues.

“It's just a name used to try to make the sport of badminton more relatable/intriguing to college students so we can have a higher turnout and donate the proceeds to helping veterans combat their mental health issues,” Cimino concluded.

Gerker, however, countered that he had already received complaints over the event name, telling Cimino that “As I suspected, and was hopeful we would not run into this, but I ended up receiving multiple complaints over about the title of the event in the last week, and University Center is indicating that they would request you all to change the title.”

Gerker declined to provide any examples of those complaints to Cimino upon request, and chose not to provide the frat with any follow-ups regarding the event after April 11, when Cimino sent an email to Gerker reiterating the frat’s arguments.

Ultimately, Sigma Alpha Mu officially cancelled the event because it did not “have enough time to promote/raise money for the event” without capitulating to Gerker and the University Center on the title.

Campus Reform reached out to American University for comment but did not receive a response by press time. Sigma Alpha Mu has indicated that a statement on the matter is forthcoming, and this article will be updated once it is released.

Sigma Alpha Mu has released a statement on their official Facebook page explaining their decision to cancel the event and expressing their disappointment at being unable to hold the Badminton fundraiser for Armor Down.

"This is a cause we take very seriously as Armor Down was founded by Benjamin King, an alumnus of our chapter and current chapter adviser," the fraternity wrote. "We would not make a mockery of an event intended to benefit such an organization by dressing up."

Furthermore, the group has set up a GoFundMe page so that interested parties may still donate to their cause.

"We're distraught that we aren't able to provide [Benjamin King] with a donation this year for an organization that does so much good with so little," the GoFundMe page reads. "We humbly ask for any donation you can manage."