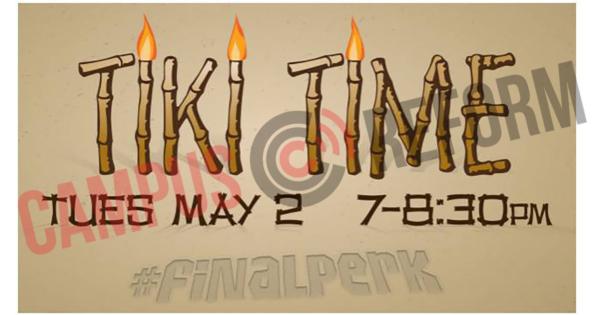 American University is hosting a “Tiki Time” study break, a play on Hawaiian culture, after denying a fraternity’s “Bad(minton) and Boujee” event over concerns about cultural appropriation.

“This is extremely hypocritical, and representative of the [administration's] anti-greek sentiment.” 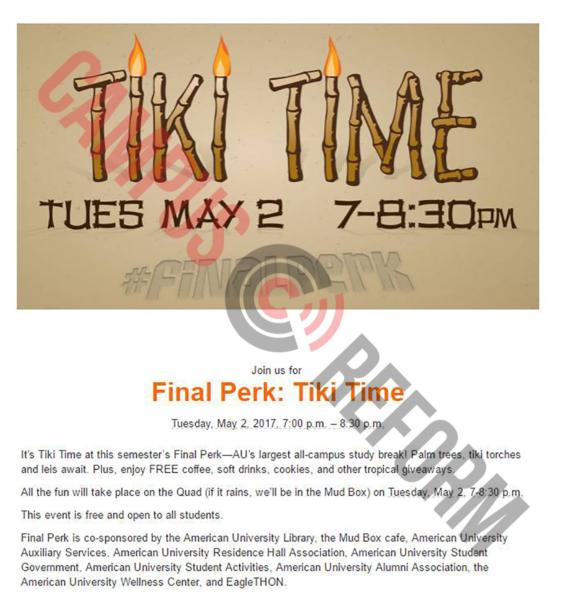 The event is a play on Hawaiian culture, which some claim is a form of cultural appropriation.

“Appropriation of island culture predominantly takes the form of luau party themes displaying tacky American takes on Hawaiian culture,” Danielle Kalani Heinz wrote for The Daily Cal. “Modern day luau themes do not capture the same spirit that Pacific Islanders associate with them, but reflect the stereotypes that have been imposed on our community.”

Notably, an AU fraternity recently had to cancel a fundraiser for veterans called “Bad(minton) and Boujee” after administrators objected that it could be seen as cultural appropriation because it is a play on a rap song called “Bad and Boujee.”

[RELATED: Fundraiser for vets cancelled at AU for 'appropriating culture']

“I suspect that this event name will be criticized for the use of ‘boujee,’” Colin Gerker, the assistant director for fraternity and sorority life, told Sigma Alpha Mu. “I know it’s a colloquial term and is popular via Migos, but we have had groups get reamed for appropriating culture before related to situations like this.”

Anonymous students told Campus Reform that, in light of the cancellation of the frat fundraiser, they found the tiki-themed party to be hypocritical.

“The university administration approved this appropriation of Pacific Islander culture, violating their own principals. This, arguably, is far worse than what Sammy [Sigma Alpha Mu] tried to do,” one student exclaimed.

“You ask a Fraternity to cancel a philanthropy event for ‘cultural appropriation’ for using the word bougie and then host this event?” an alumni asked incredulously. “This is extremely hypocritical, and representative of the anti-greek sentiment that this University's administration pushes.”