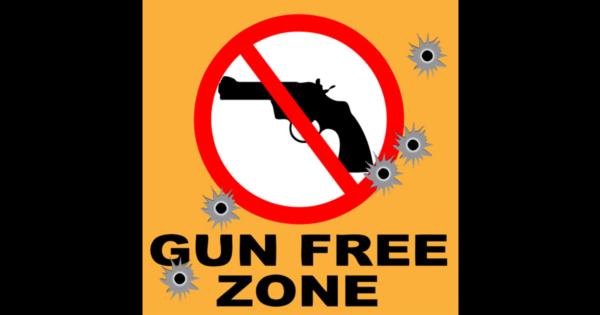 Liam Nuhring, a senior at Concordia, spent the last six months preparing with the school and the NRA to start his club before the Office of Student Engagement shot down the idea, according to The West Fargo Pioneer.

“The purpose of the proposed NRA club was intended to focus primarily on education and safety training.”

The letter specifically cited the ELCA’s support for gun control, noting that the church has a social policy resolution calling for “passage and strict enforcement of local, state, and national legislation that rigidly controls...handguns, assault weapons, and assault-like weapons and their parts, excluding rifles and shotguns used for hunting and sporting purposes, for use other than law enforcement and military purposes.” 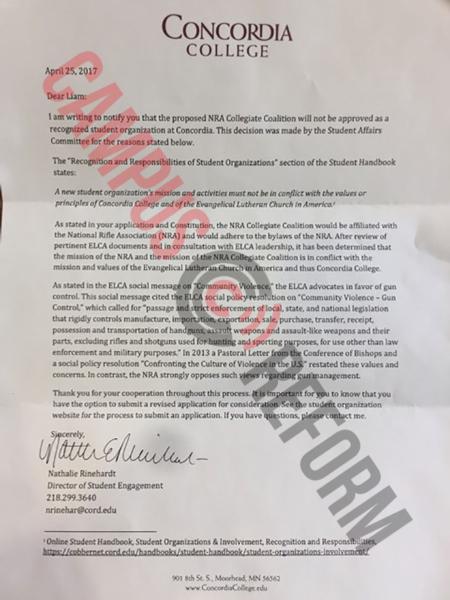 “This is something we all saw coming. It wasn't a surprise by any means," Nuhring told the Pioneer. "It's a controversial thing, that's for sure."

Nuhring argued that the club wouldn’t present the conflicts that the school fears, however, because its purpose would be to encourage firearm education, not bringing guns on campus.

“The purpose of the proposed NRA club was intended to focus primarily on education and safety training,” Nuhring told Campus Reform. “There is no interest on behalf of myself or our student supporters in developing a shooting team or having access to guns on campus.”

In order to placate the school, Nuhring plans to remove the NRA acronym from the club name and resubmit his proposal, although he says this will make it more difficult for him to fund the club.

“We as a group support a majority of the values of the NRA, and with an affiliation with the organization, we are better poised for access to resources and funding,” he explained. “In a best case scenario situation, this proposed gun club is an affiliate of the NRA.”

Nuhring also pointed out that, in light of a recent school poll revealing that 35 percent of Concordia students identify as conservative, the club would help give a voice to viewpoints that have traditionally been overlooked on campus.

"My ultimate goal here is to represent the voices that have been underrepresented on Concordia’s campus, as well as campuses throughout the nation," he concluded.

Several alumni and firearm activists have already contacted Nuhring and Concordia to express their disapproval with the university’s decision, including one alum who said he would reconsider donating to the school.

Campus Reform reached out to Concordia and the NRA for comment, but neither had responded by press time.