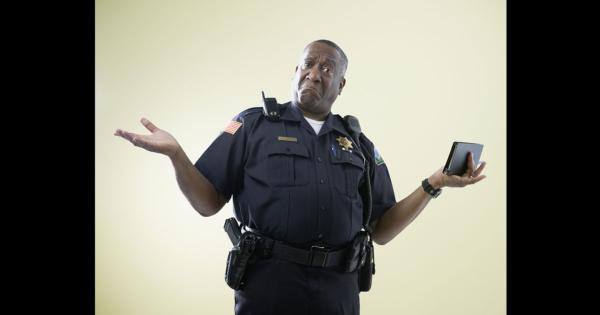 The resolution, titled “UWPD Accountability and Community Control of the Police,” passed unanimously at the student council’s April 26 meeting by a 28-0-0 vote, and will next come up for consideration by the Faculty Senate.

“The Black Lives Matter platform calls on [sic] community control of the police.”

Asserting that there have been “many incidents where students of color and historically marginalized communities are treated differently by police officers,” the resolution notes that “the Black Lives Matter platform calls on [sic] community control of the police because current policing practices...demonstrate a lack of voices for communities of color.”

The authors cite several instances of this supposed bias, starting with the removal of a black student from class by UWPD just over one year ago.

Denzel McDonald, who goes by the name King Shabazz, was arrested for causing more than $4,000 in damage by spray painting messages like “Fuck the Police,” “Death to pigs,” and “The devil iz a white man” on several buildings around campus.

[RELATED: UW students holding ‘We are God’ protest in honor of alleged vandal]

In addition, the resolution takes issue with UWPD’s responses to criminal activity, asserting that the department released two photos of black men suspected of theft in February, but had not previously shown photos of burglaries.

More recently, it continues, UWPD showed a photo of a white male carrying a knife near the school library, but claims that “after the suspect had left the area, the UWPD claimed he was no longer a threat.”

Concluding from those examples that “the treatment and characterization of people of color by UWPD raises questions about their implicit bias and discriminatory policing procedures,” the resolution goes on to ask the Faculty Senate to “implement a community accountability board to review the policies and procedures that discriminate against people of color.”

While insisting that UW Police Chief Kristen Roman “shall fully cooperate” with the new program, the authors reveal that the community accountability board will have oversight over “the hiring and firing of officers that discriminate,” as well as “policies and trainings of implicit bias.”

UW College Republicans Communications Director Emelia Rohl, however, argued that the justifications offered by the resolution are unfounded, calling the legislation a poorly-disguised effort to promote a liberal agenda.

“We find this ASM legislation irrelevant to upholding respect for our officers in the campus community and maintaining order and safety,” she told Campus Reform, pointing out that UWPD has already taken several steps recently to hold officers more accountable.

“In the fall of 2016, UWPD and MPD announced the hire of a Use of Force Coordinator whose duty is to track and document all incidents where force is employed,” she noted, adding that the department also already offers implicit bias training, and has been holding community meetings to solicit input from students and local residents.

“All examples of alleged discrimination used in this bill were examples of the UWPD doing their job and keeping campus safe,” she concluded. “Many members of ASM, including the chairman, are losing sight of why they were elected. Instead of trying to tackle issues that are relevant and representative to the majority of campus, they are trying to push a liberal agenda.”

Deputy Secretary of the Faculty Jane Richard told Campus Reform that the Faculty Senate is aware of the resolution, but does not meet again until October. She added that the University Committee will be discussing the matter with both UWPD and student government in the meantime, and provided a website where weekly UC agendas are posted.