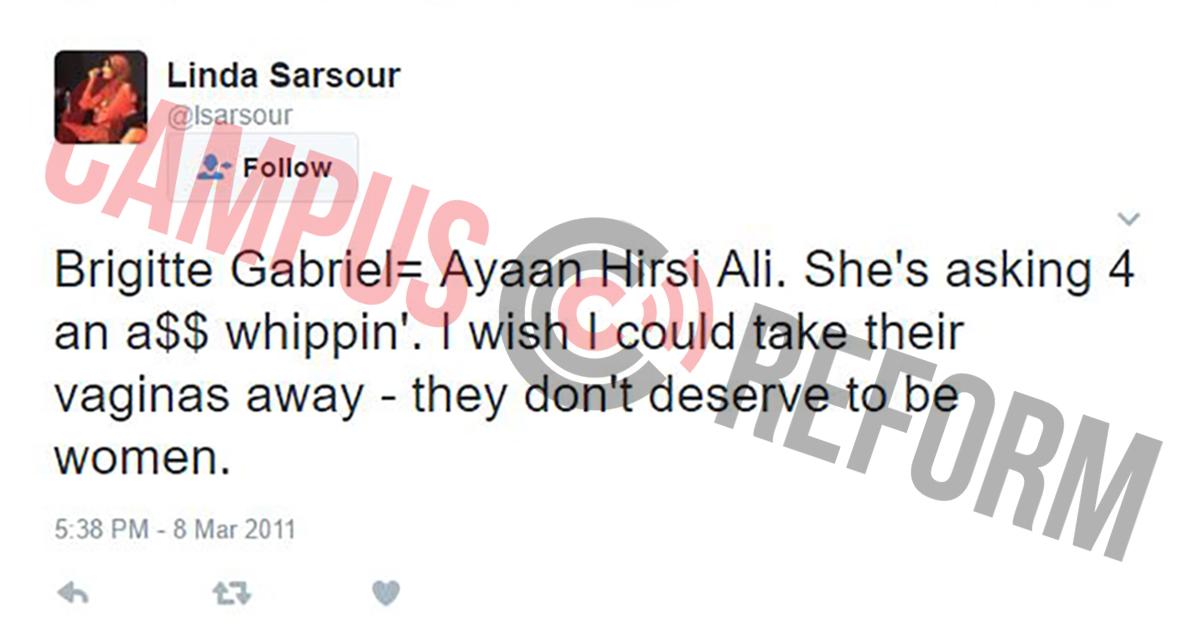 At a recent Dartmouth College event, Linda Sarsour deflected a question about her professed desire to mutilate the genitalia of her political opponents by mocking the questioner for being a “young white man.”

As seen in video footage posted on Twitter, male student attending the May 12 event had asked Sarsour to address a tweet she sent several years ago in which she attacks two prominent critics of female genital mutilation (FGM) and expresses a desire to “take their vaginas away.”

“I wish I could take their vaginas away - they don't deserve to be women.”

[RELATED: Sharia supporter to give commencement for CUNY Public Health]

Sarsour even tries to say that the tweet was “a copy-and-paste that [the student] got from a right wing blog”, and accuses the student of “never going to my Twitter to see if [the tweet] was actually there.”

“Brigitte Gabriel= Ayaan Hirsi Ali. She's asking 4 an a$$ whippin',” Sarsour wrote. “I wish I could take their vaginas away - they don't deserve to be women.”

Sarsour eventually acknowledged the tweet, but defended it as a youthful indiscretion.

“I was in my twenties when was that? 2011?” she states with an air of dismissiveness. “People say stupid shit sometimes, right?”