Peter Van Voorhis Contributor at The Washington Examiner @RepublicanPeter on Jun 06, 2017 at 11:13 AM EDT 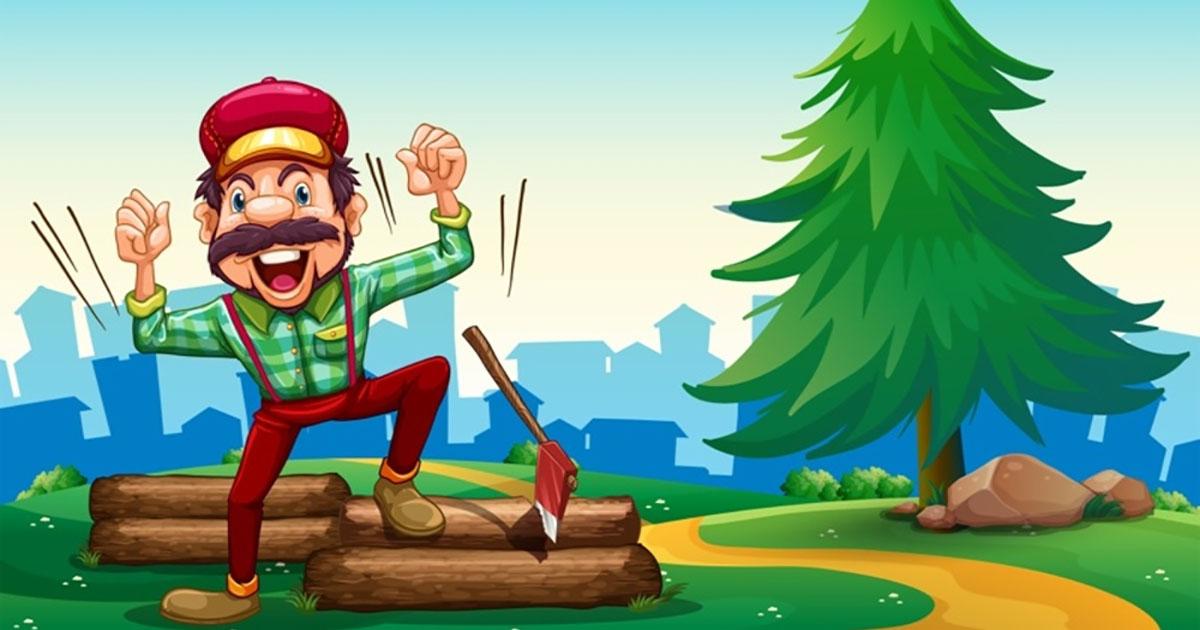 The Evergreen State College Board of Trustees released a statement over the weekend reproaching the tactics, if not the underlying intent, of the recent student protests on campus.

“During the last week, the conduct of a small percentage of Evergreen’s community members exhibited unacceptable behavior that is completely contrary to Evergreen’s values,” Board Chair Gretchen Sorensen asserts in the statement, a copy of which was obtained by Campus Reform. “Although almost all of [sic] students continued to attend classes...the lack of tolerance and respect displayed by a few during these recent events and disruptions is indefensible.”

"The lack of tolerance and respect displayed...during these recent events and disruptions is indefensible."

Sorensen was referring to the disruptive protests that embroiled the campus recently after students became aware of a faculty-wide email exchange in which Professor Bret Weinstein challenged the school’s decision to ask white people to leave campus for a day of diversity programming.

The students descended upon Weinstein’s classes to express their displeasure, eventually forcing him to leave campus when campus police officers informed him that they could not guarantee his safety. Meanwhile, College President George Bridges agreed to excuse protesters from homework assignments so that they could continue demonstrating, and later capitulated to a list of demands after being held hostage in his office along with other administrators.

At least 50 faculty and staff members subsequently signed a letter applauding the students’ behavior, vehemently denying that the students had engaged in violence while arguing that Weinstein “has endangered faculty, staff, and students” by recounting his experience in interviews with conservative news outlets.

The Trustees’ statement presents a different perspective on the matter, however, declaring that disruptive protests are directly contrary to the school’s commitments to not only free speech, but also tolerance and inclusiveness.

“Intellectual inquiry, freedom of expression, tolerance, and inclusiveness are core tenets of Evergreen’s philosophy and approach to education,” the letter explains. “Anyone who prevents Evergreen from delivering a positive and productive learning environment for all students has, and will continue to be held accountable for their actions and face appropriate consequences.” 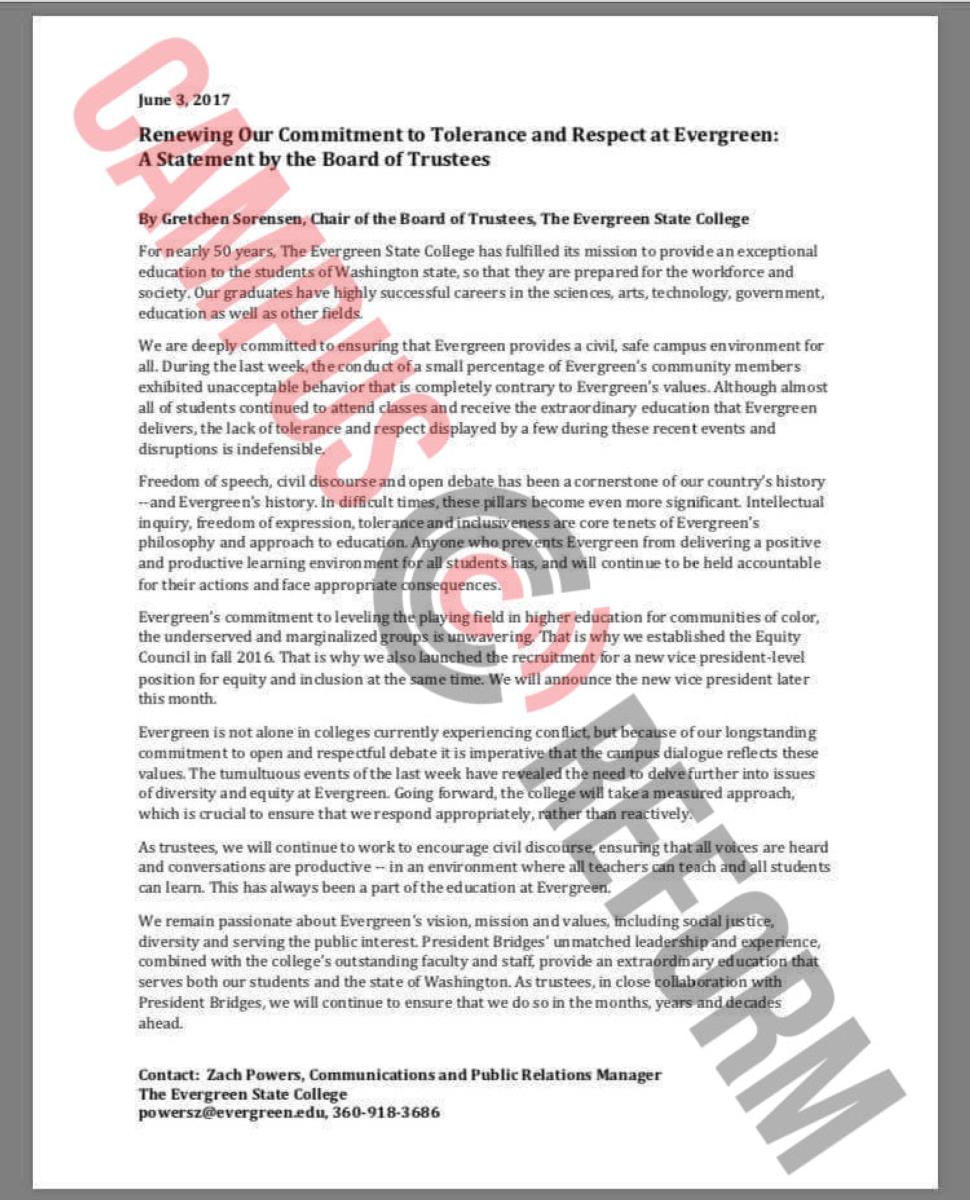 The Trustees make clear that they “remain passionate about Evergreen’s vision, mission, and values, including social justice, diversity, and serving the public interest,” but vow that “Going forward, the college will take a measured approach, which is crucial to ensure that we respond appropriately, rather than reactively.”

Republican State Representative Matt Manweller, who recently introduced legislation to eliminate state funding for Evergreen State in response to the recent controversy, told Campus Reform that while he found the Trustees’ statement encouraging, it is only “a small first step” toward alleviating his significant concerns about the school.

“The Evergreen Board of Trustees admitted that the students behaved in an unacceptable manner is a good first start. But it is a small first step,” Manweller said. “The Evergreen Board of Trustees needs to change the culture of the institution. That means addressing the curriculum, the hiring procedures, and the inherent ideological bias that pervades the entire university.”

Evergreen College has not responded to a request for comment from Campus Reform.