Peter Van Voorhis Contributor at The Washington Examiner @RepublicanPeter on Jul 24, 2017 at 9:29 AM EDT 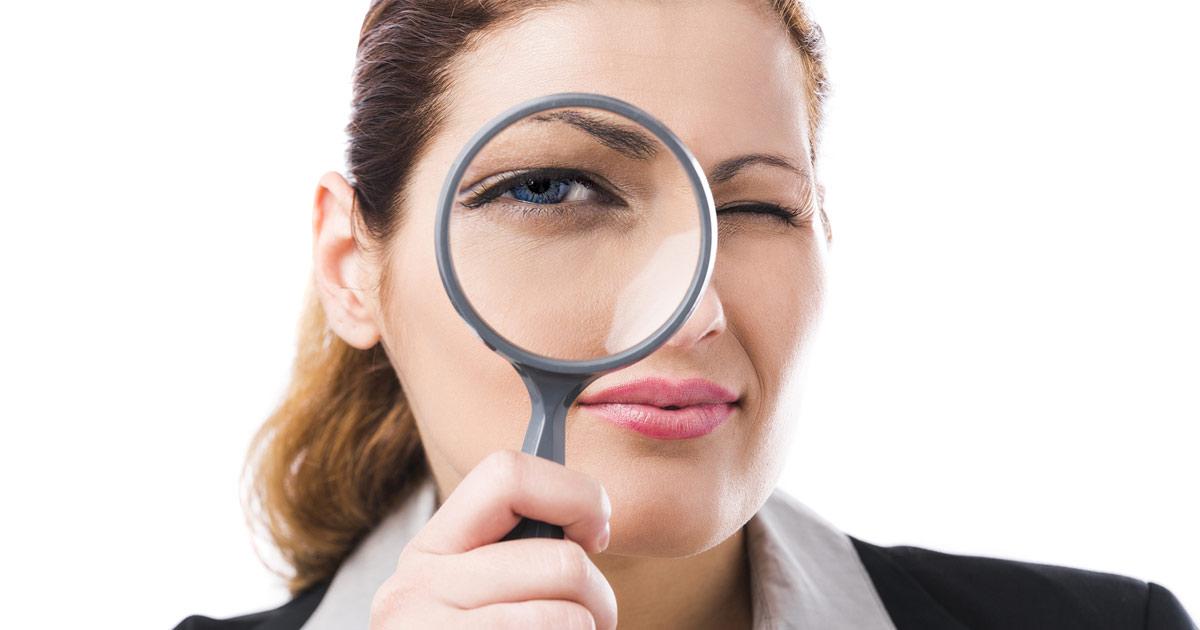 Attorneys for the Orange Coast College Republicans are demanding the recusal of an independent investigator hired to investigate CR members with an alleged history of financial support for Democrats.

According to a letter from FreedomX founder Bill Becker, Nora Quinn, an attorney hired by OCC to conduct an open-ended investigation into the College Republicans, has not identified any wrongdoing by the group. Moreover, the letter alleges that Quinn never received any written complaints filed against the club, and is not investigating any specific charges against them.

"We are demanding that this investigation end now. It is a witch hunt."

Instead, the letter states that she told Becker that “the investigation keeps growing,” and that she was not conducting her inquiries on the basis of the elements of a particular regulatory violation.

“This is a classic witch hunt, with the ultimate aim of finding something to pin on the College Republicans,” Becker stated in the letter. “Our clients have already been exposed to violations of their due process rights by being subjected to indiscriminate questioning with potentially self-incriminating consequences that violate their (or someone else’s) privacy rights.”

“We are demanding that this investigation end now. It is a witch hunt. It is intrusive and there is no basis for it,” Becker told Campus Reform. “Obviously, Orange Coast College hasn’t learned its lesson and is still trying to marginalize its Republican and conservative student population. We will not let that happen.” 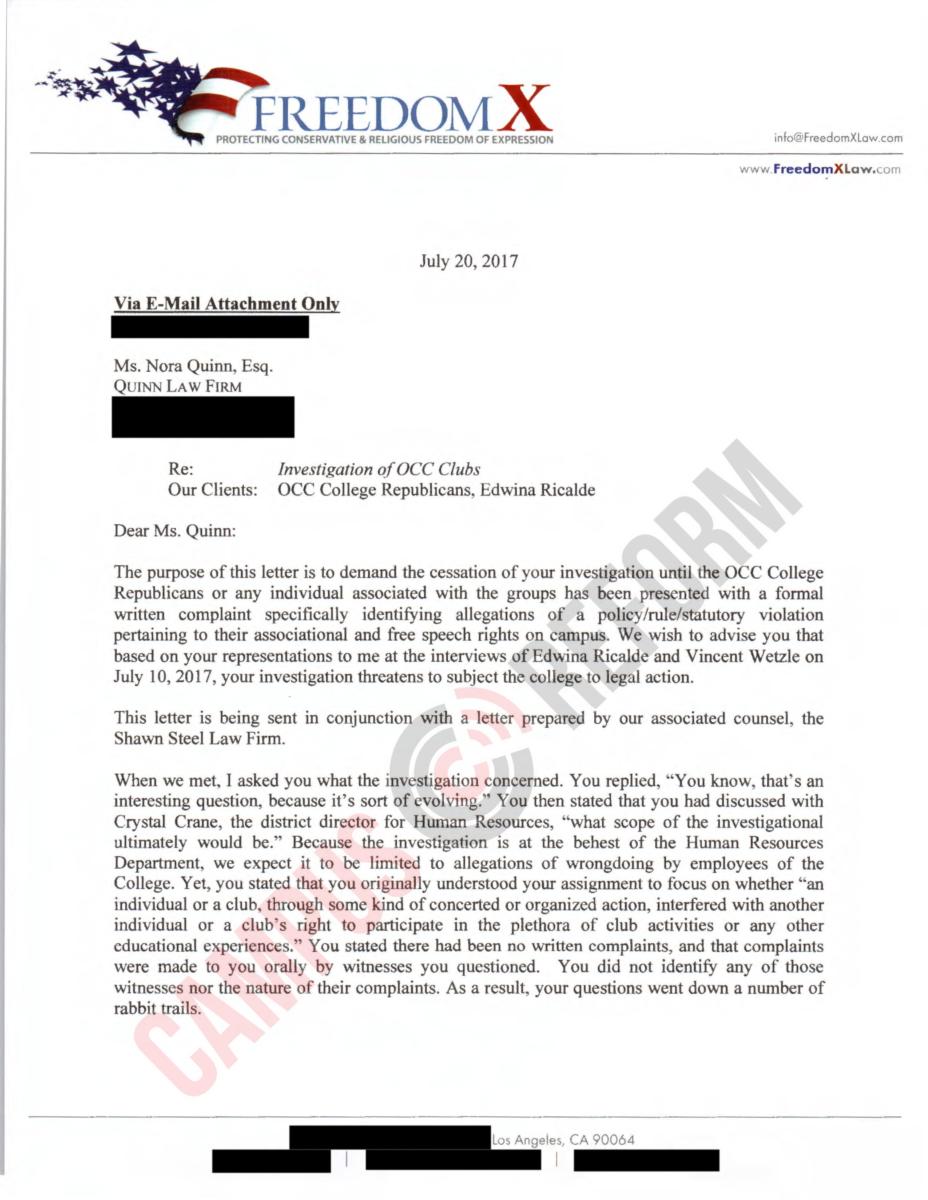 An additional cease and desist letter, sent by attorney Shawn Steel in conjunction with FreedomX, accuses Quinn of conducting a “political witch-hunt based on spurious and nebulous allegations of unspecified violations of unspecified rules/codes/policies at the college.”

[RELATED: OCC prof vows to ‘stand up to the Republican club’]

“We have learned that you are a registered Democrat in Los Angeles County. Evidence of your partisan bias is shown by the public record of your campaign contributions to Democrat candidates and left-wing causes,” Steel’s letter continued. “The OCCR’s have been targeted by left-wing factions at the college for some time. It is no secret that because of their ideological opposition to the club’s mission, left-wing faculty members, administrators, and student organizations seek to strip the club of its charter.” 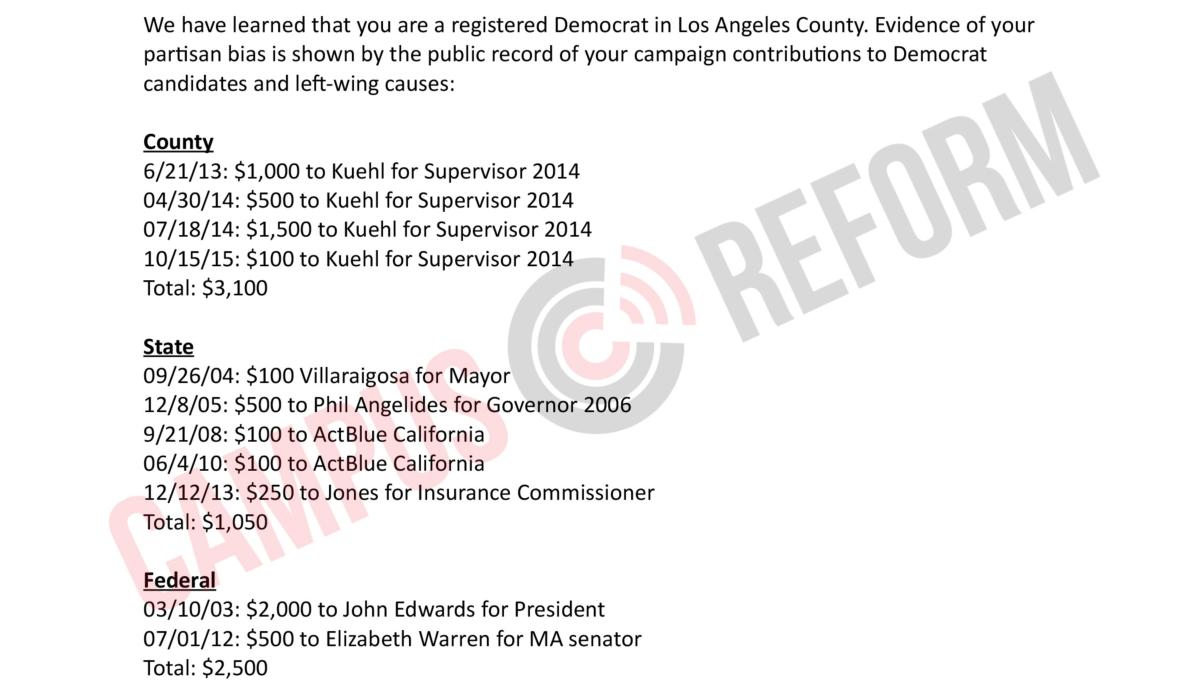 Based on Quinn’s apparent past partisanship, Steel concludes that “it is impossible for you to conduct a non-partisan, objective investigation,” and demands that Quinn immediately cease her efforts.