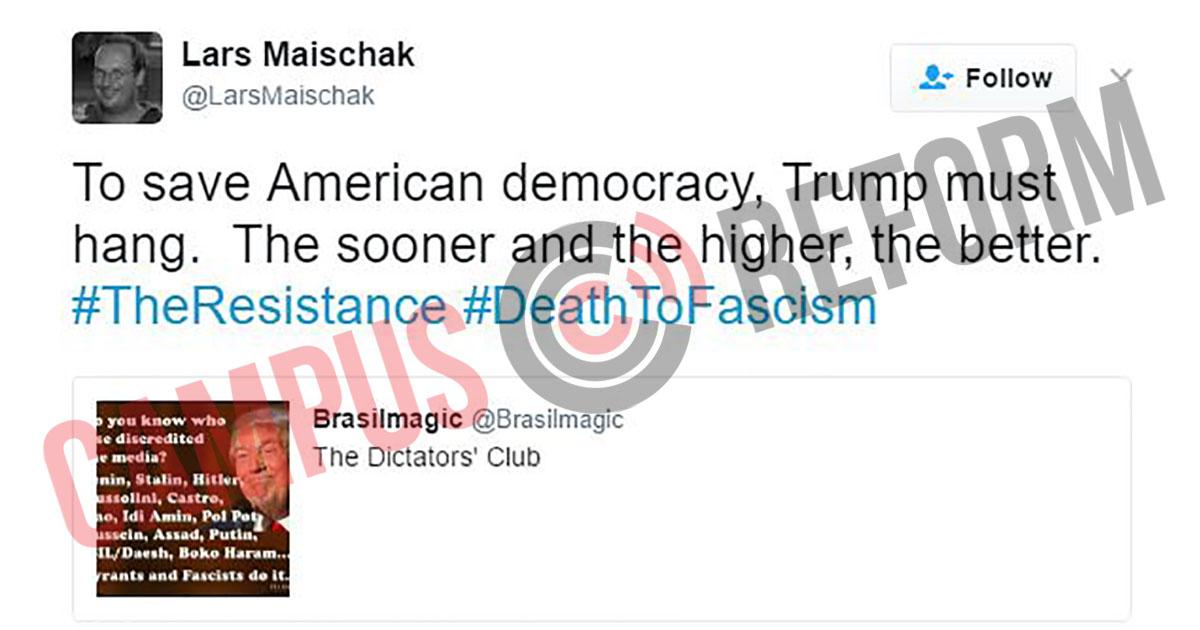 California State University, Fresno is sidelining a professor until his contract runs out after he made national headlines for tweeting that President Trump “must hang.”

“Dr. Lars Maischak, Fresno State History lecturer, will not be teaching this fall,” Fresno State President Joseph Castro announced Friday, explaining that Maischak will be required to convert two classes to an online format so as to fulfill his “unit requirement” under the school’s collective bargaining agreement. His current contract expires in May 2018.

"Dr. Lars Maischak, Fresno State History lecturer, will not be teaching this fall."

[RELATED: Prof reported to FBI for tweeting that Trump ‘must hang’]

Maischak stirred controversy with a series of tweets earlier this that appeared to advocate violence against Republicans generally, and Donald Trump in particular.

“Justice  = The execution of two Republicans for each deported immigrant,” Maischak tweeted in February, following that up in April with another tweet declaring that “To save American democracy, Trump must hang. The sooner and the higher, the better.” 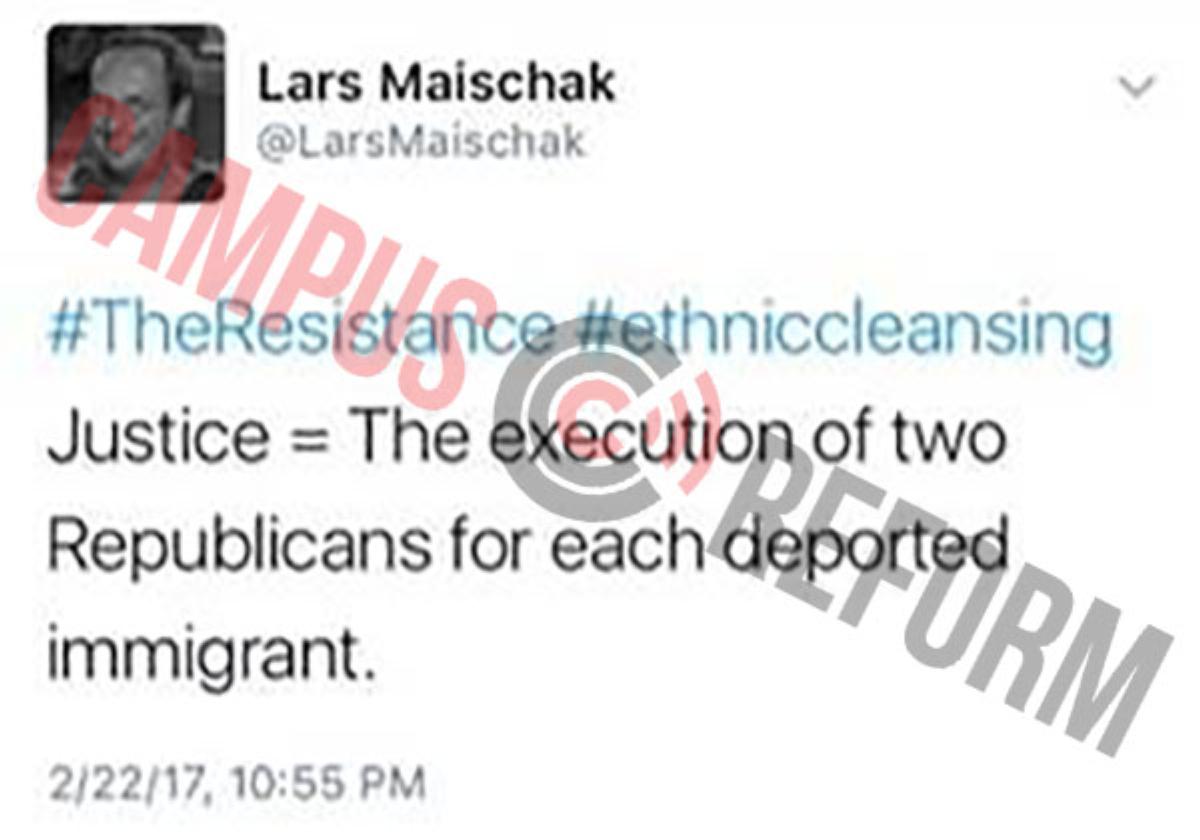 A fact sheet attached to the latest announcement notes that Fresno State alerted federal authorities to the tweets on April 8. Three days later, Maischak issued an apology, asking forgiveness of “those who felt threatened or offended” by his tweets, which Castro expressed appreciation for even while confirming that the disciplinary review process would continue.