Prof: ‘I’d be ok if #BetsyDevos was sexually assaulted’

A community college professor said he would be fine with Secretary of Education Betsy DeVos being sexually assaulted after she announced plans to revise guidance on Title IX.

“I’m not wishing for it...but I’d be ok if #BetsyDevos was sexually assaulted. #SexualAssault #TitleIX,” Robert Ranco said Friday night in a tweet, which has since been deleted.

"Yes, @twitter. My words were harsh. I don't wish harm on anyone."

Ranco is currently an adjunct Professor of Paralegal Studies at Austin Community College, where he teaches the “Advanced Research and Writing” class. He is also a member of The Carlson Law Firm. 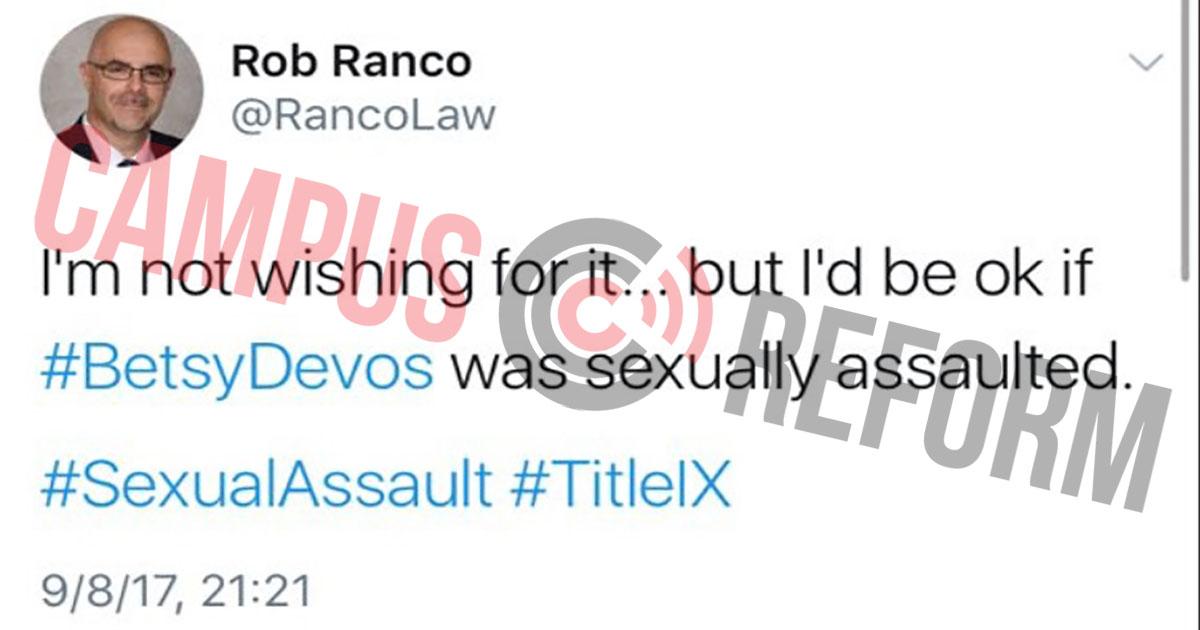 Recently, DeVos announced that she intended to change the Department’s guidance on how colleges handle sexual assault, blasting the lack of due process rights afforded to those accused of sexual assault, according to Reason.

In response to the criticism that he began to receive, Ranco subsequently tweeted an explanation, saying, “Yes, @twitter. My words were harsh. I don't wish harm on anyone. I wish there's some way #BetsyDevos would understand and care about others.” 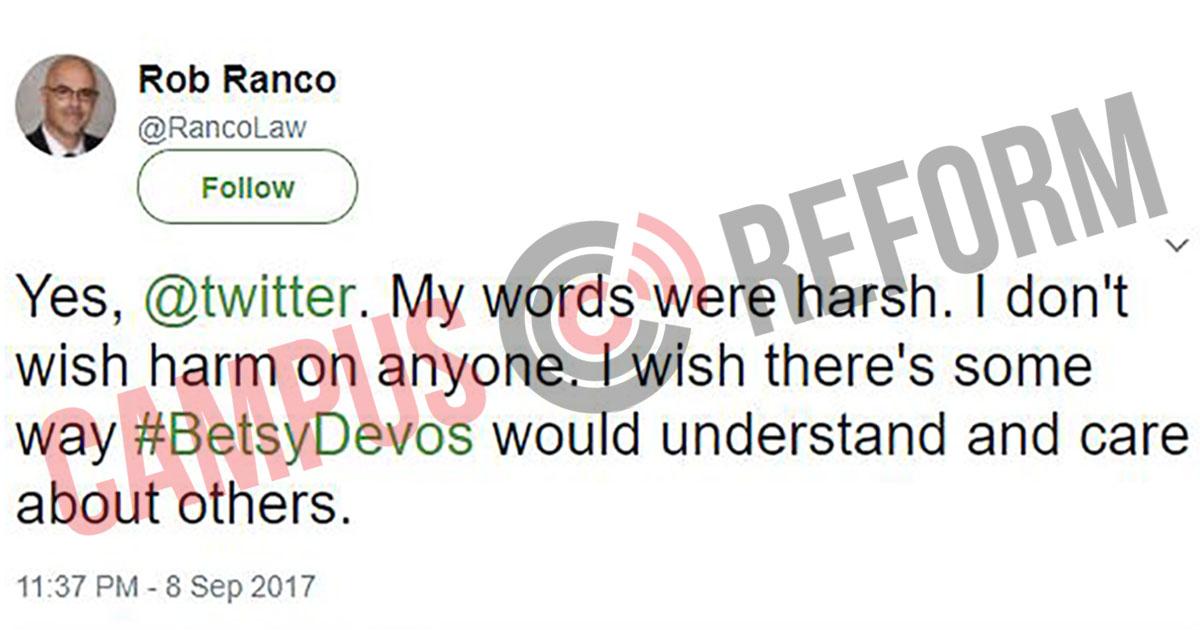 In addition to tweeting that he’d be “ok” if DeVos was sexually assaulted, Ranco also tweeted that “Perhaps Betsy doesn’t understand how horrible rape is. She’s made the world more dangerous for my daughters. I need her to understand.”

Earlier in the year, Ranco tweeted that he is “Finding it hard to believe a man with so much anger and hatred toward women hasn't raped a bunch of them. #trump #AliciaMachado”

"The recent social media comments made by a part-time employee on his personal page do not represent ACC’s vision, mission, and values," a spokesperson for Austin Community College told Campus Reform. "The college does not condone these comments and their sentiment."

Campus Reform reached out to Ranco for comment, and is currently awaiting a response.