The University Of North Carolina-Chapel Hill recently hosted a lecture warning faculty that the “right-wing media outrage machine” is targeting “faculty of color.”

The lecture, presented by Montclair State University Associate Professor of English Patricia Matthew, was meant to address the “necessity for deep investment in diversity and inclusion as part of all university ecosystem,” but according to tweets from the event, also included a lesson on “how the campus-focused rightwing social media outrage machine works to target faculty of color.”

Notably, Matthew’s presentation featured a slide with the following flowchart:

The same slide includes a quote from Tressie McMillan Cottom, Assistant Sociology Professor at Virginia Commonwealth University, who declared that “If there’s an organized outrage machine, we need an organized response. By the time they’re writing about you on a website, or publishing your address or something, it’s probably too late.” 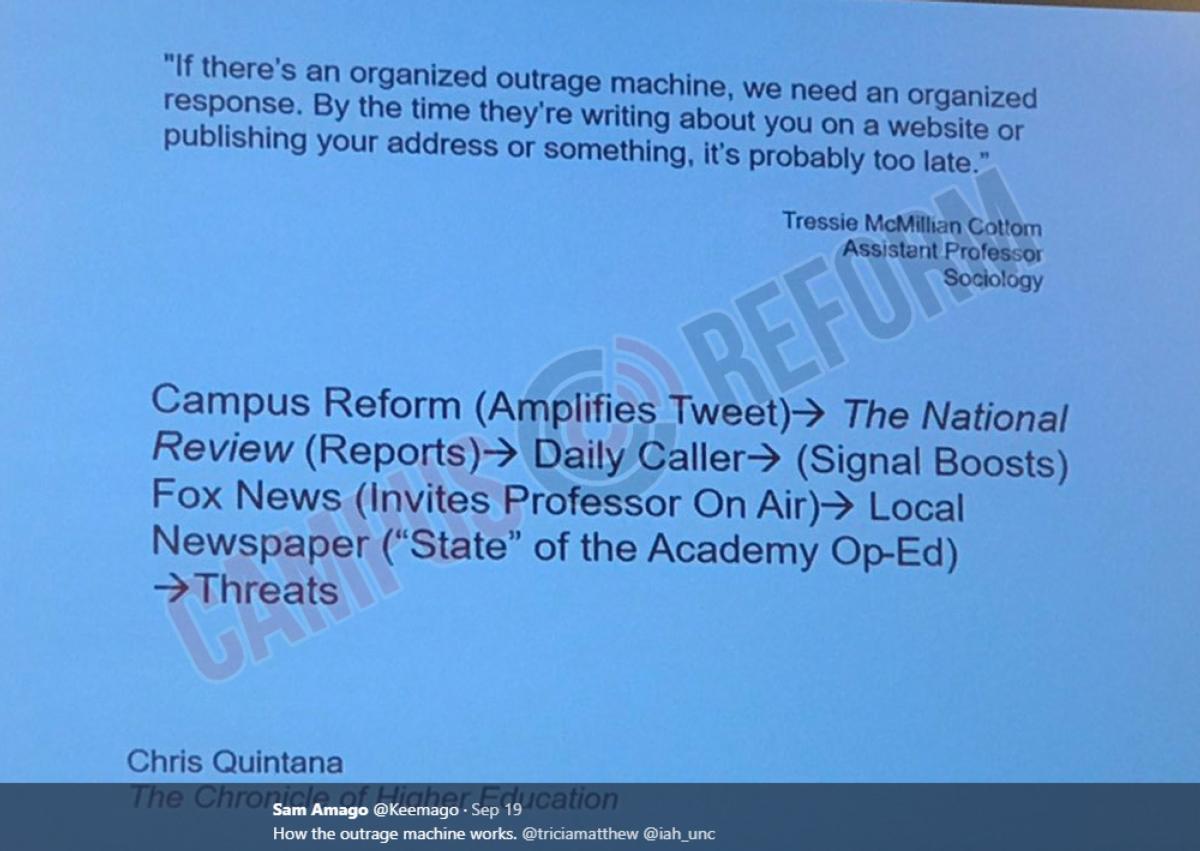 According to UNC’s description of the event, “Matthew has been interviewing and reading about faculty of color targeted by extremists and will discuss the stakes for the work that colleges and universities are doing right now.”

A tweet from the event also quotes Matthew as warning faculty that "The next thing you know, you're the adjunct professor who was interviewed by Tucker Carlson and was fired."

Another tweet from the lecture indicates that Matthews also discussed incorporating advocacy for “diversity in language” into hiring and tenure considerations. 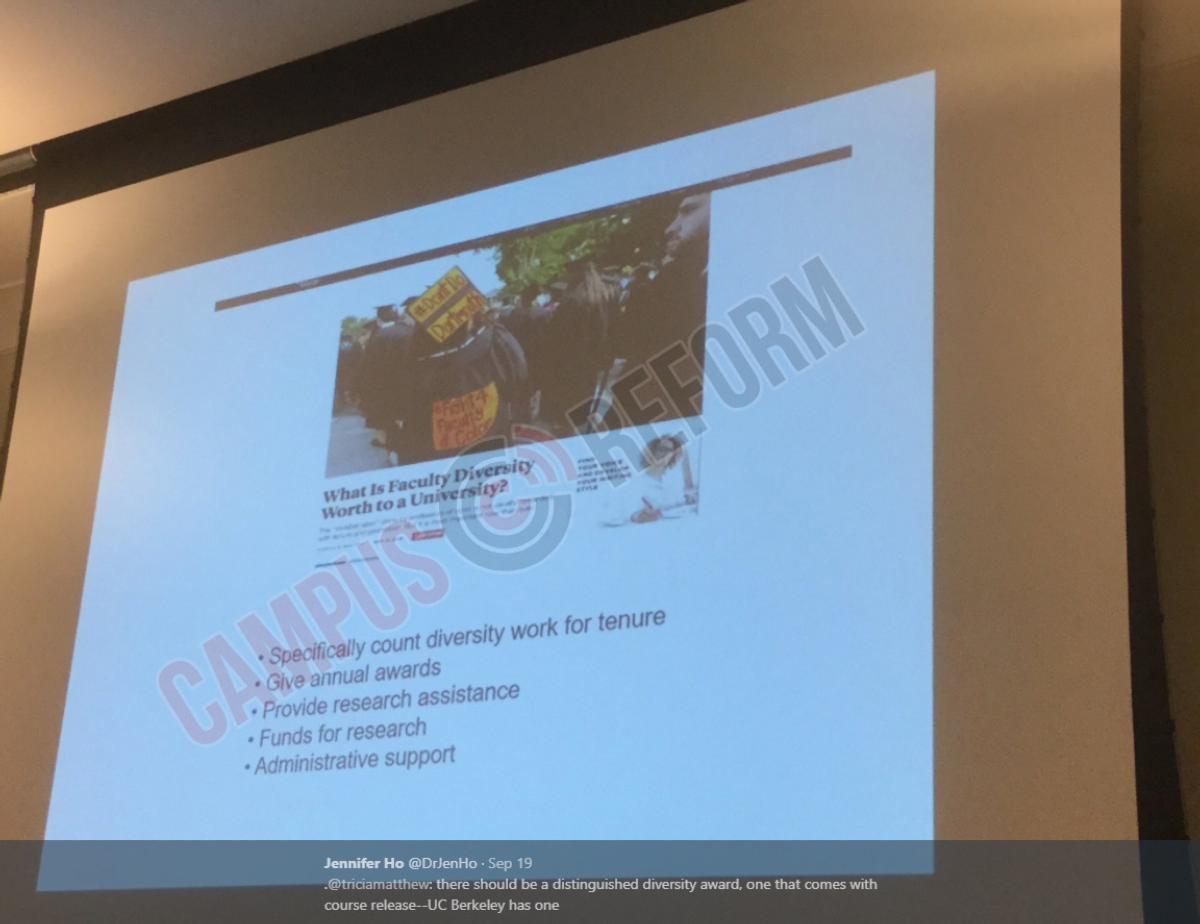 Campus Reform reached out to Professor Matthew for comment on the themes presented in her lecture, but did not receive a response in time for publication.